This area, known as the Southern Uplands, is different from much of Wisconsin in that it was never glaciated. Over the years many hills and valleys have been formed as the result of erosion by the many rivers and streams.

The main industry is dairy farming.  Due to the nature of the terrain many of the farms remain family run, as the countryside is not suited to large scale agricultural techniques.

Walnut Hill replaced a previous home on the site.  Originally a farm, the land was sold and the buildings located on 4 acres became a farmette.

The house was built by a general contractor and is somewhat unusual as it has no basement, but the main floor is partially underground.  This makes it easy to heat and cool and with the 12″ walls and double glazed windows, it is an example of an extremely energy efficient house. 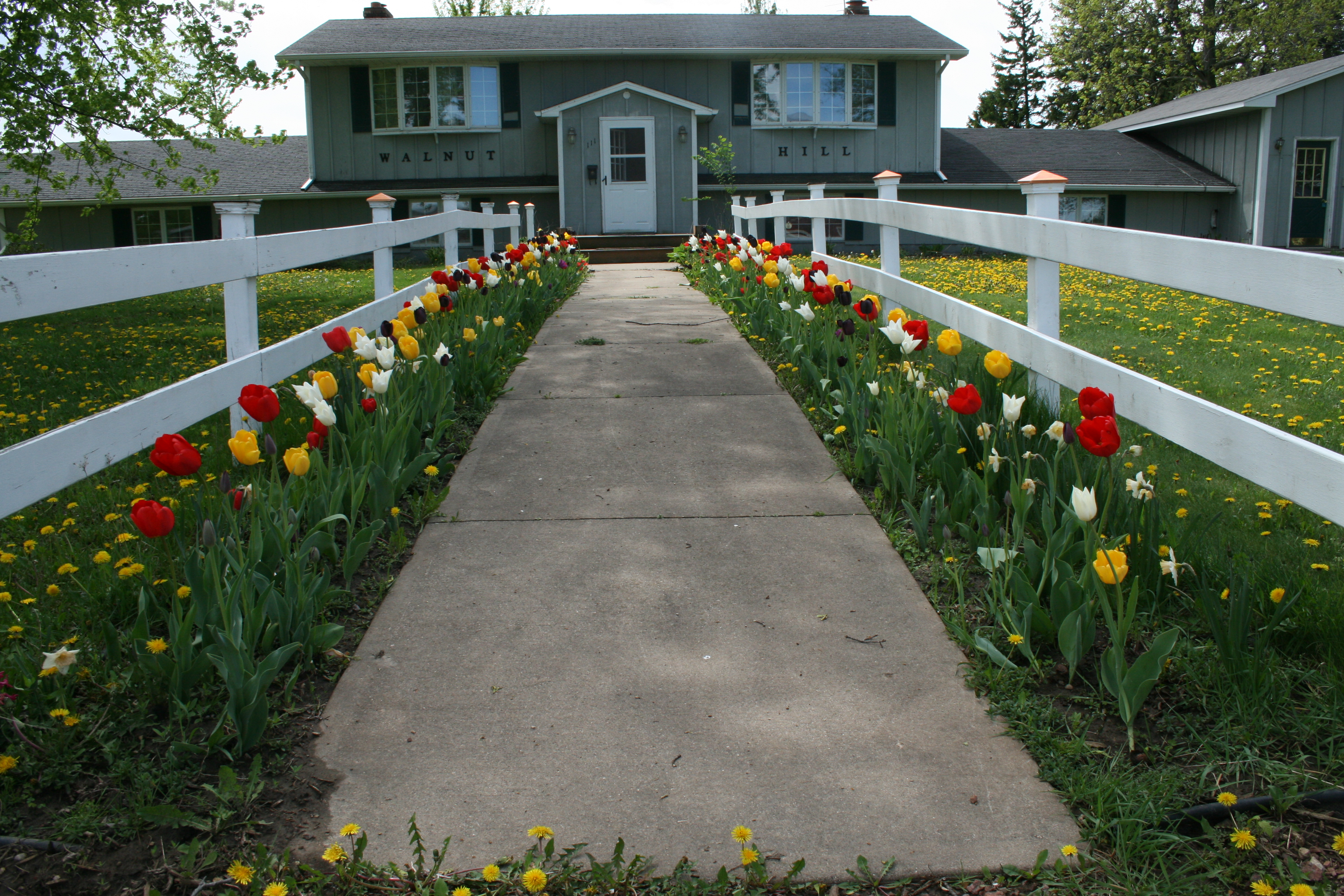