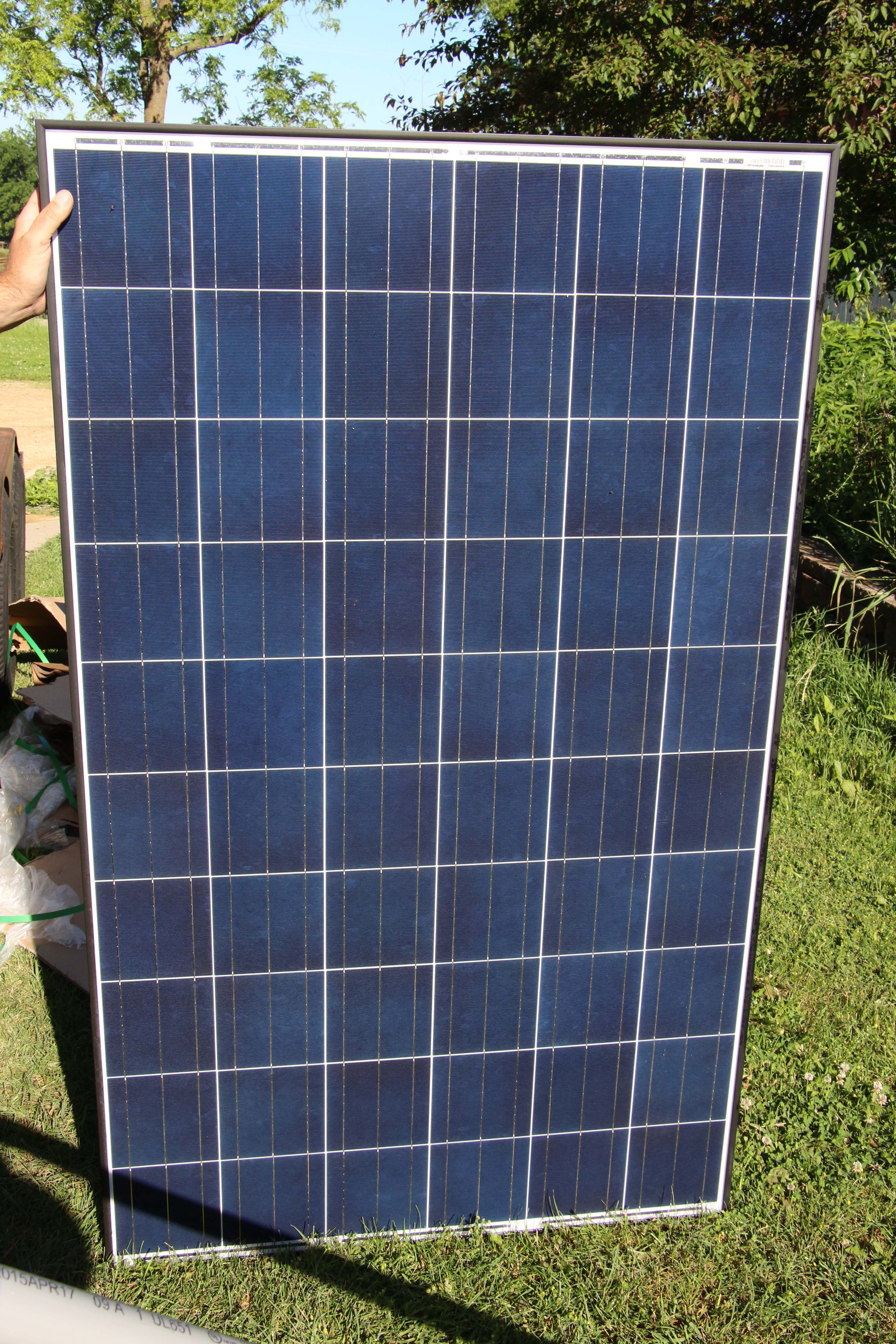 The key components of the Photo Voltaic systems are the Canadian Solar 255w panel (right) and the Enphase 215w Inverter (left below). The panel comes with connectors to enable direct connection to the inverter (centre below).

Canadian Solar is the world’s 3rd largest manufacturer of solar cells and have survived the turmoil in this market in the last few years and seem to be well established player. This panel is one of their core products and is guaranteed not to lose more than 75 of its nameplate capacity in the first year and not more than 1% a year after that, for 25 years.

The inverter takes the DC current produced by the solar panels and converts it into 240V AC which is fed directly into the grid. Interesting although it is rated at 215w it can usually perform above its rated capacity. As the solar cells rarely perform at “100%” it makes sense to reduce the cost slightly and not have an inverter that is over specified. 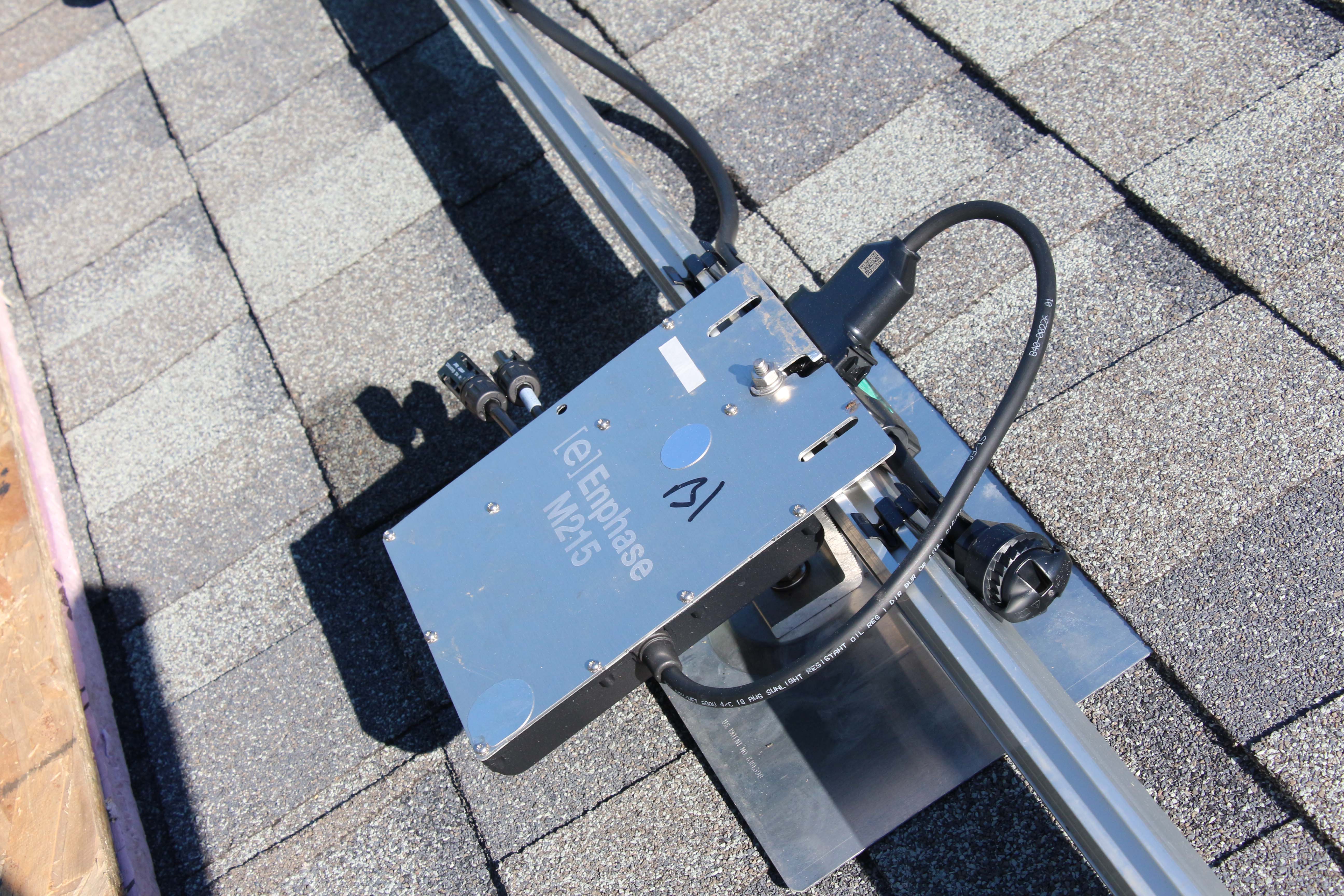 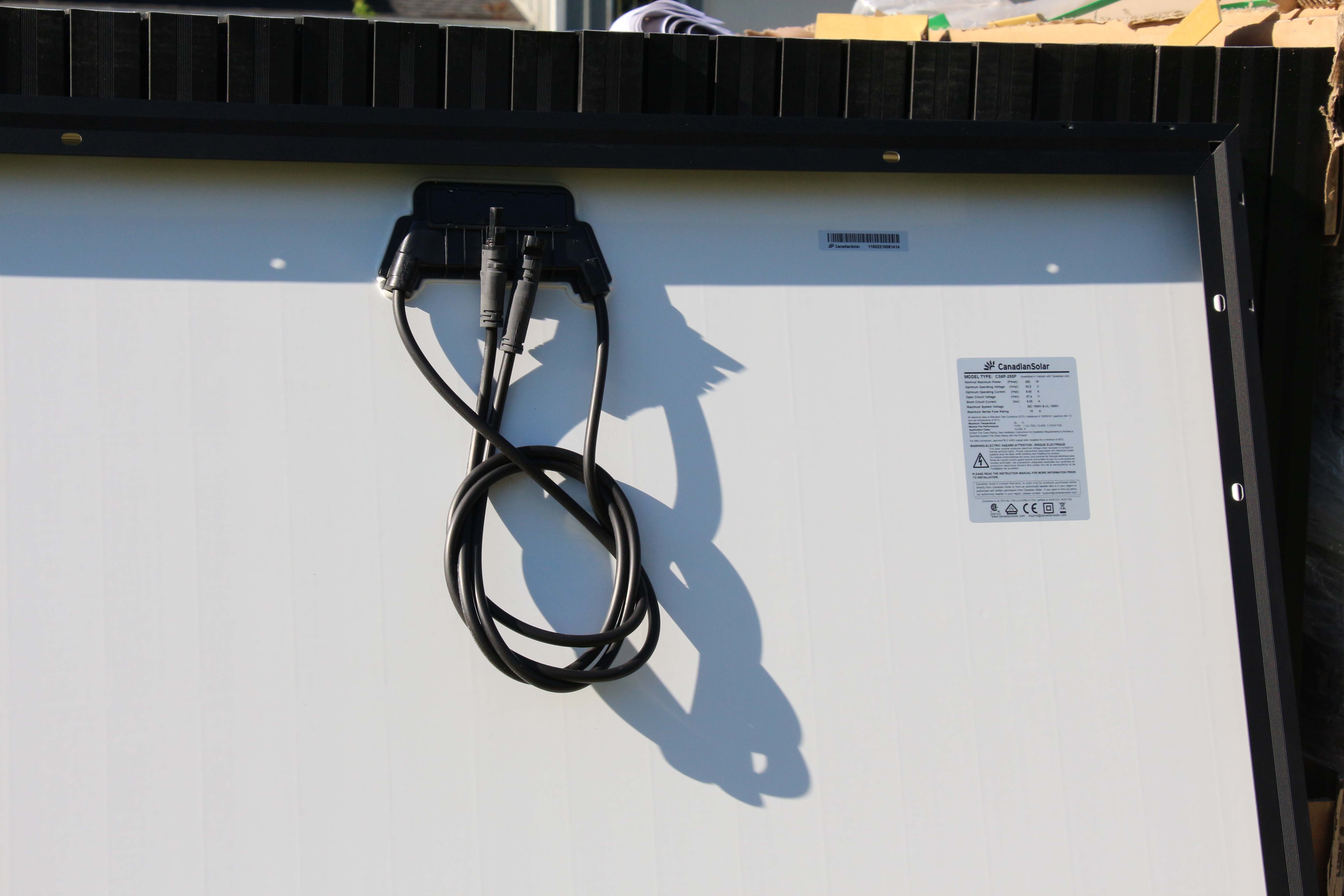 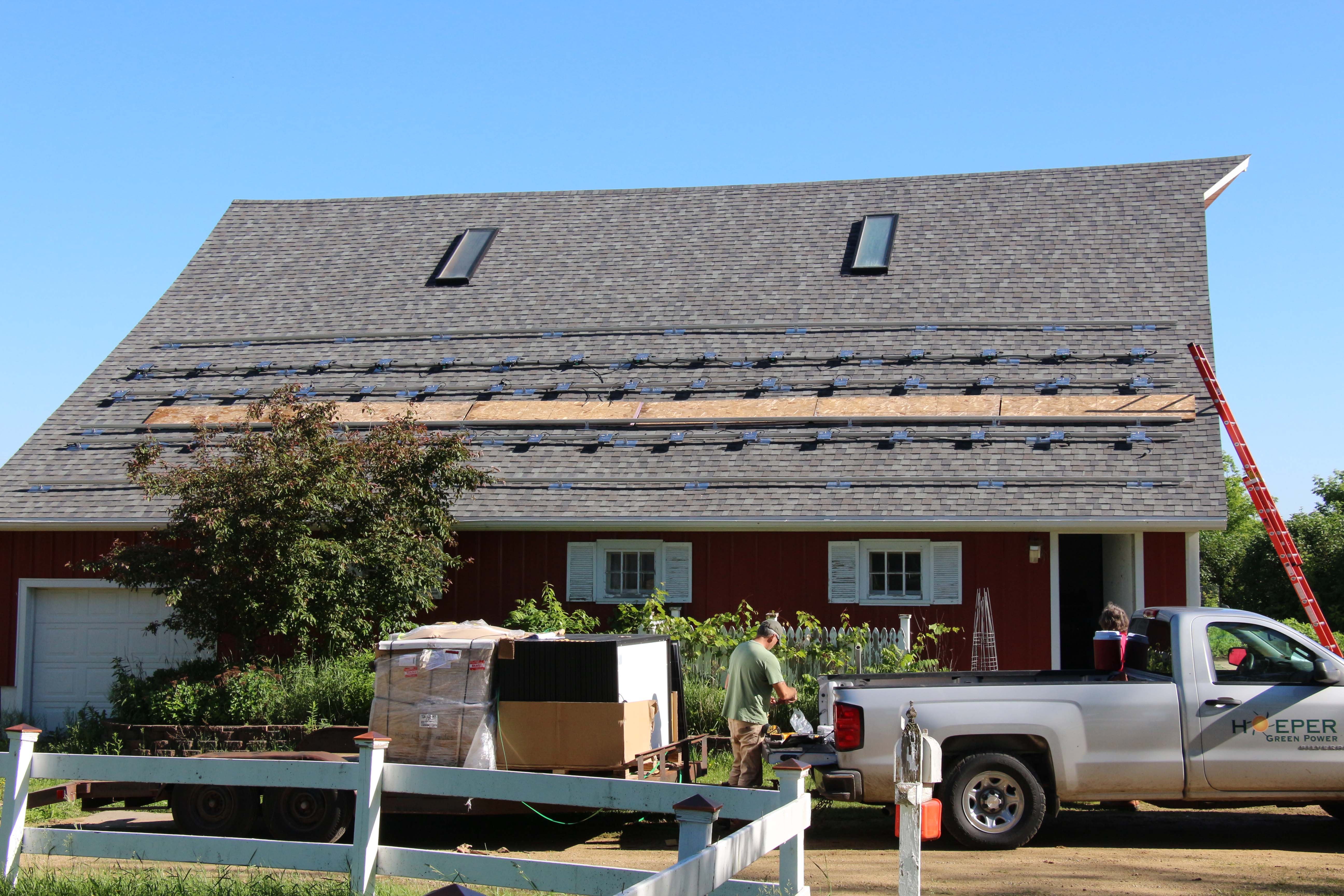 Prior to placing the panels the roof rails were mounted and the inverts attached. The morning of the main install, Hoeper Green Power arrived with all the panels on a trailer. Each panel was taken up to the roof individually, the power lead attached to the inverter and then the panel attached to the mounting rails. The inverters were wired together in three sets – one for each mounting rail. A hole was drilled in the roof along with a waterproof gasket and then the cabling taken in flexible steel conduit to a main lug that has three 20 amp breakers, one for each row of solar panels. The main lug also has a 15amp breaker to power an adjacent outlet for the Enphase monitoring unit and router/switch. It then goes outside to a disconnect before re-entering into the main 200amp breaker panel, which is fed/feeds the main 400amp disconnect in the yard. 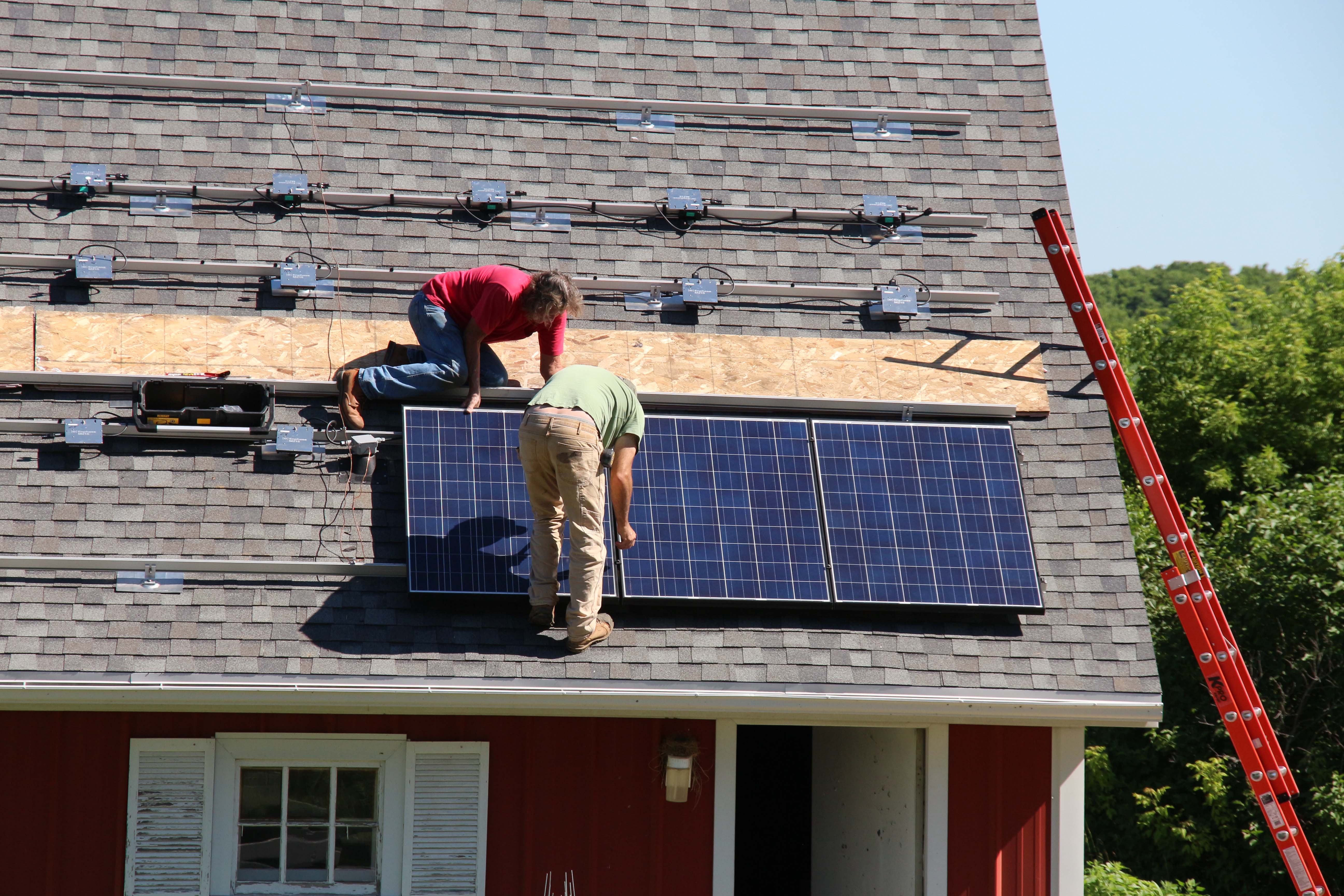 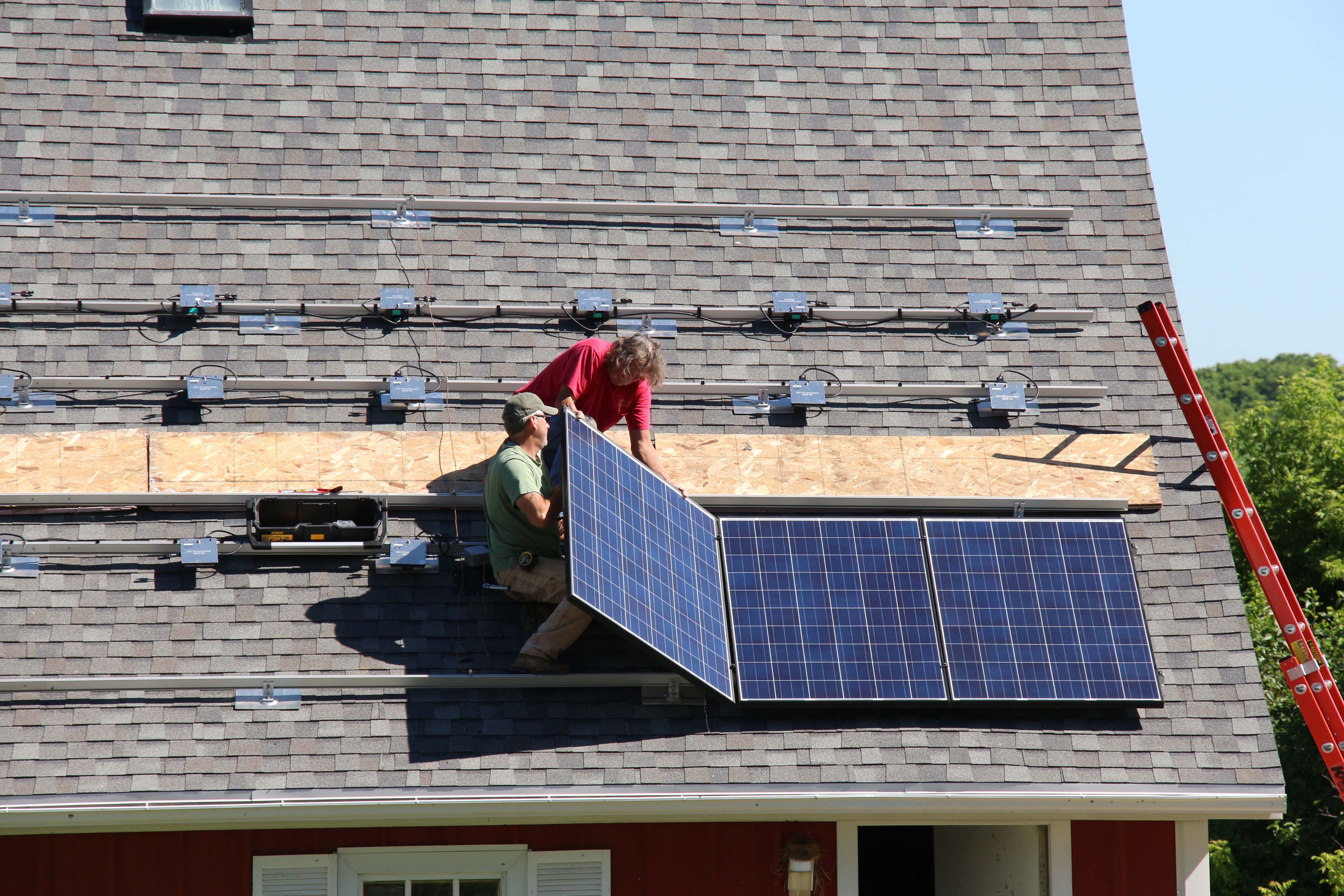 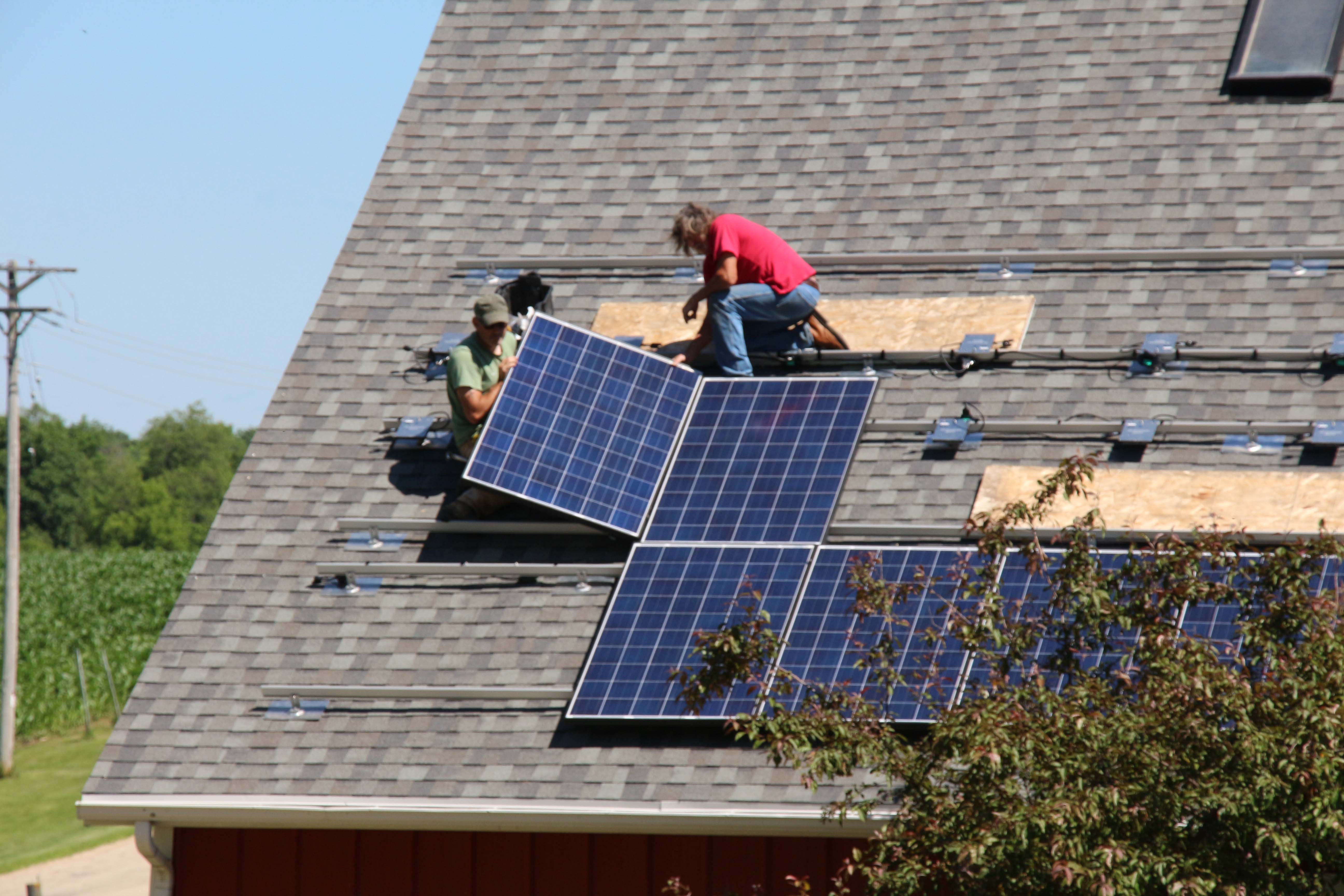 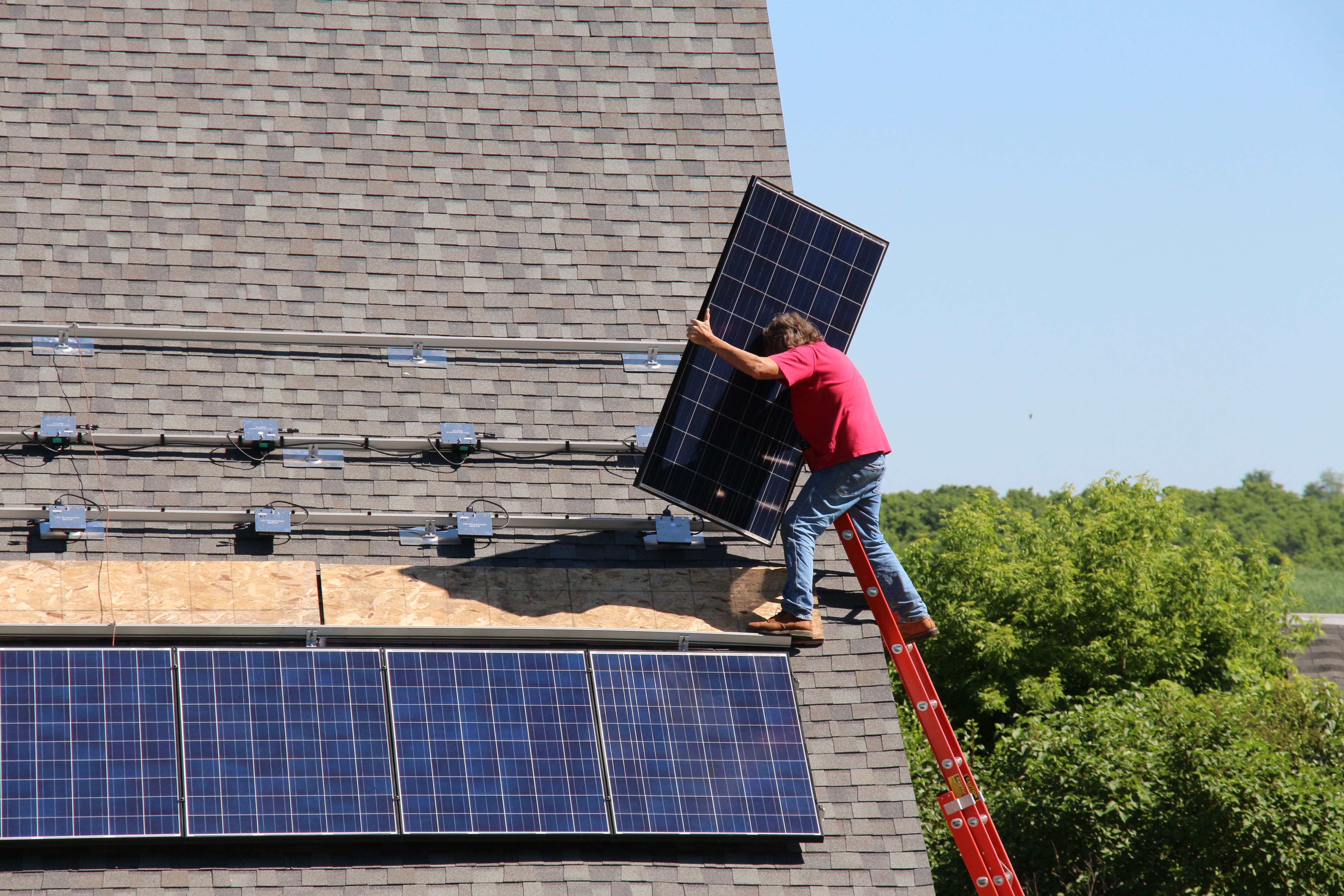 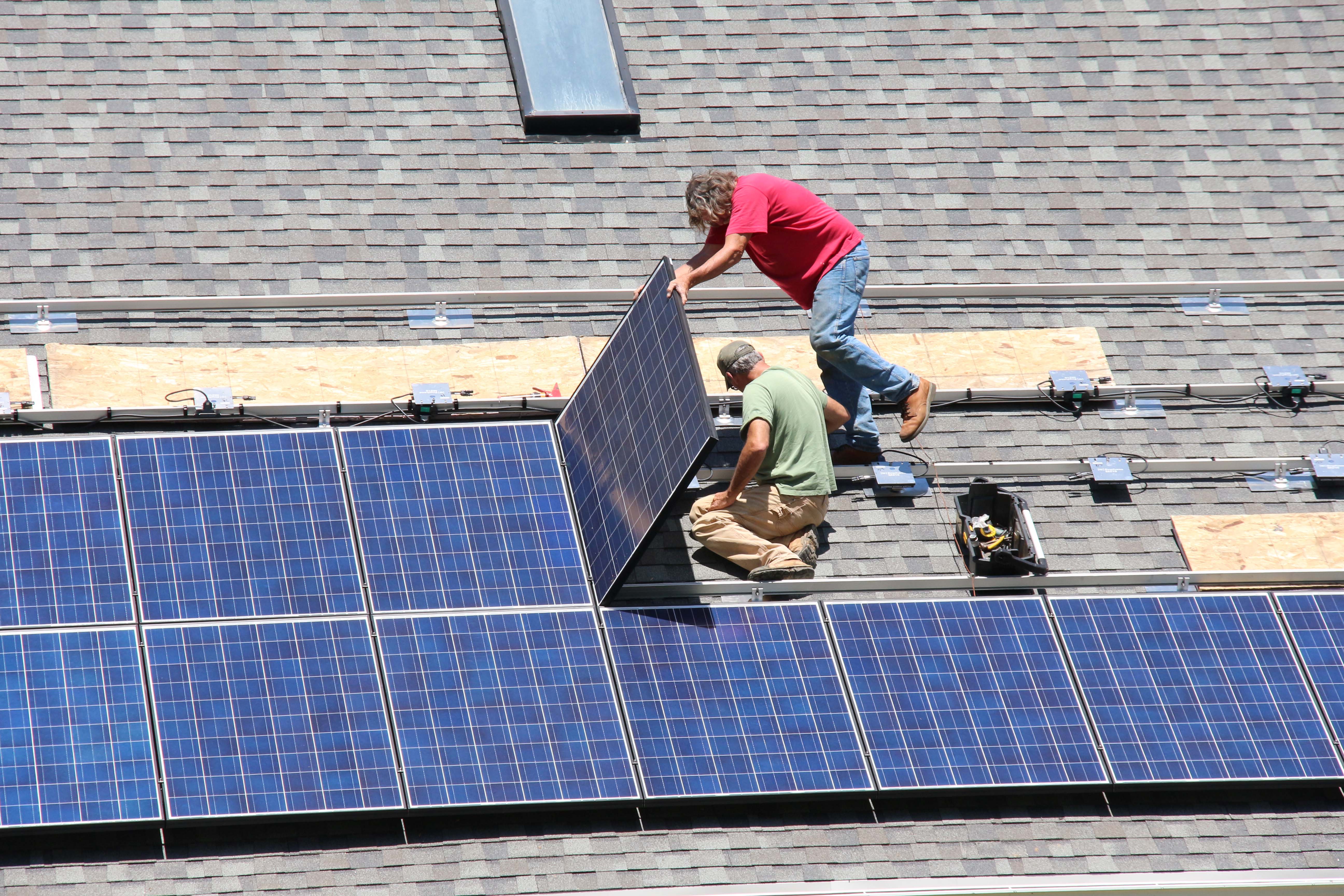 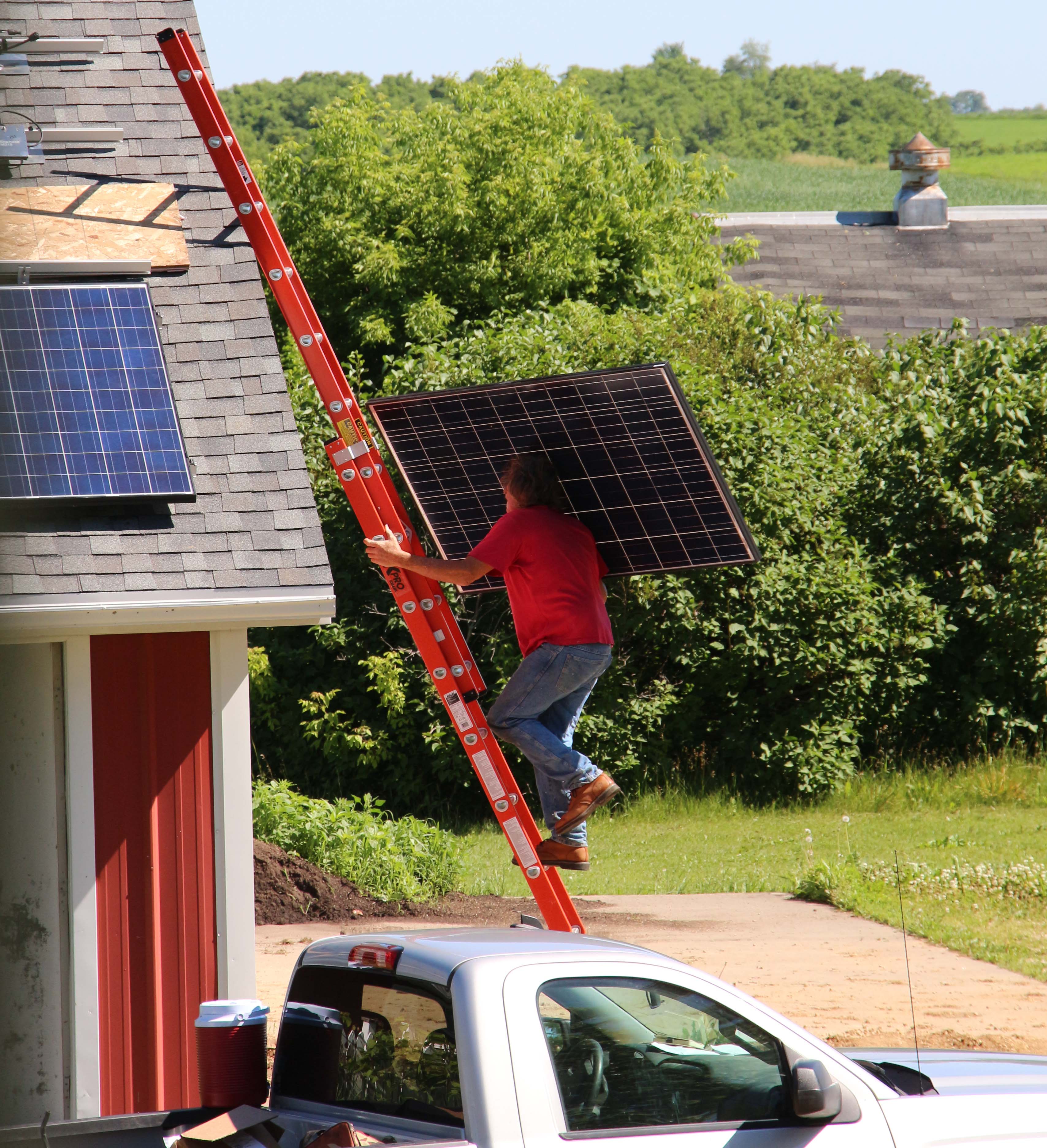 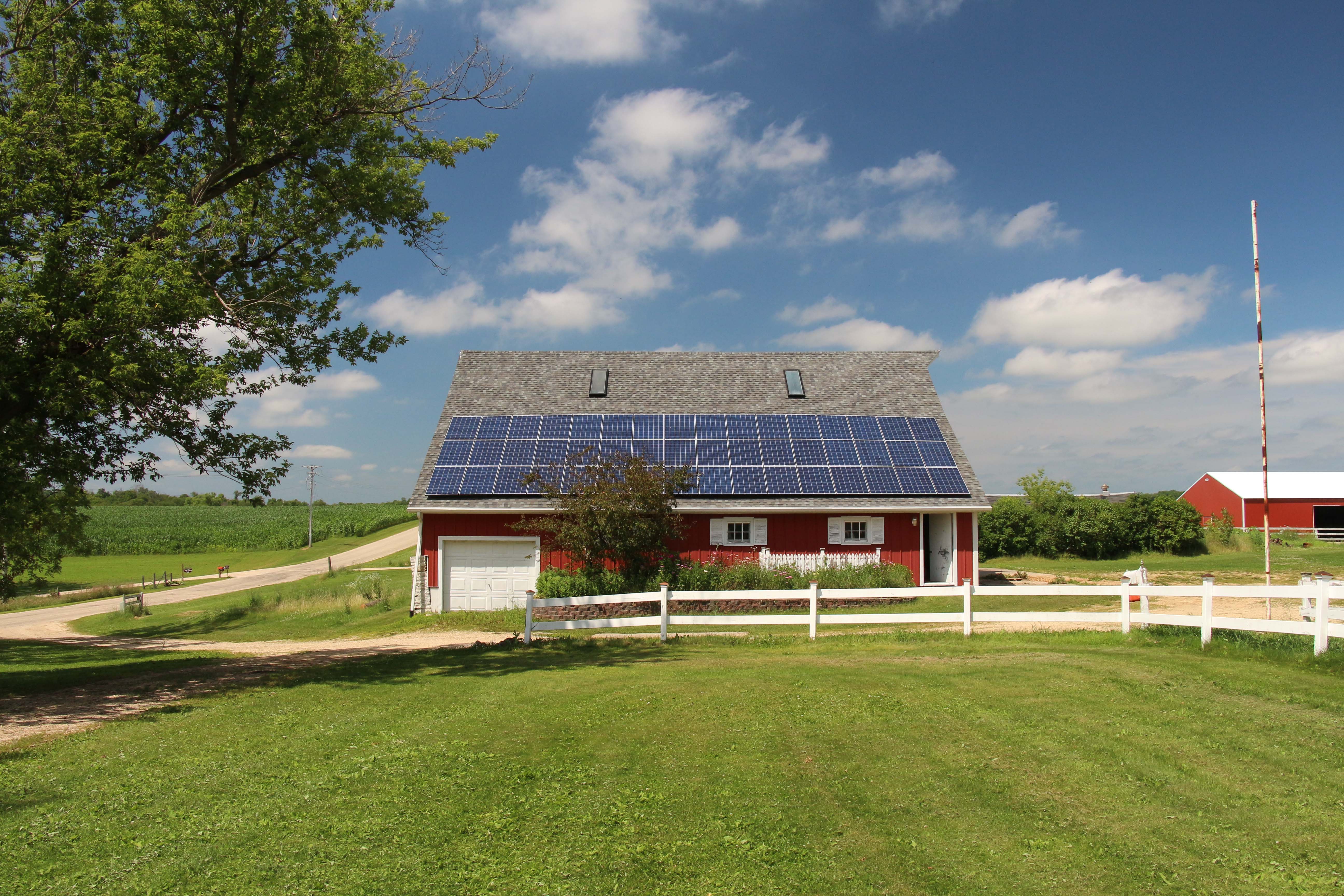 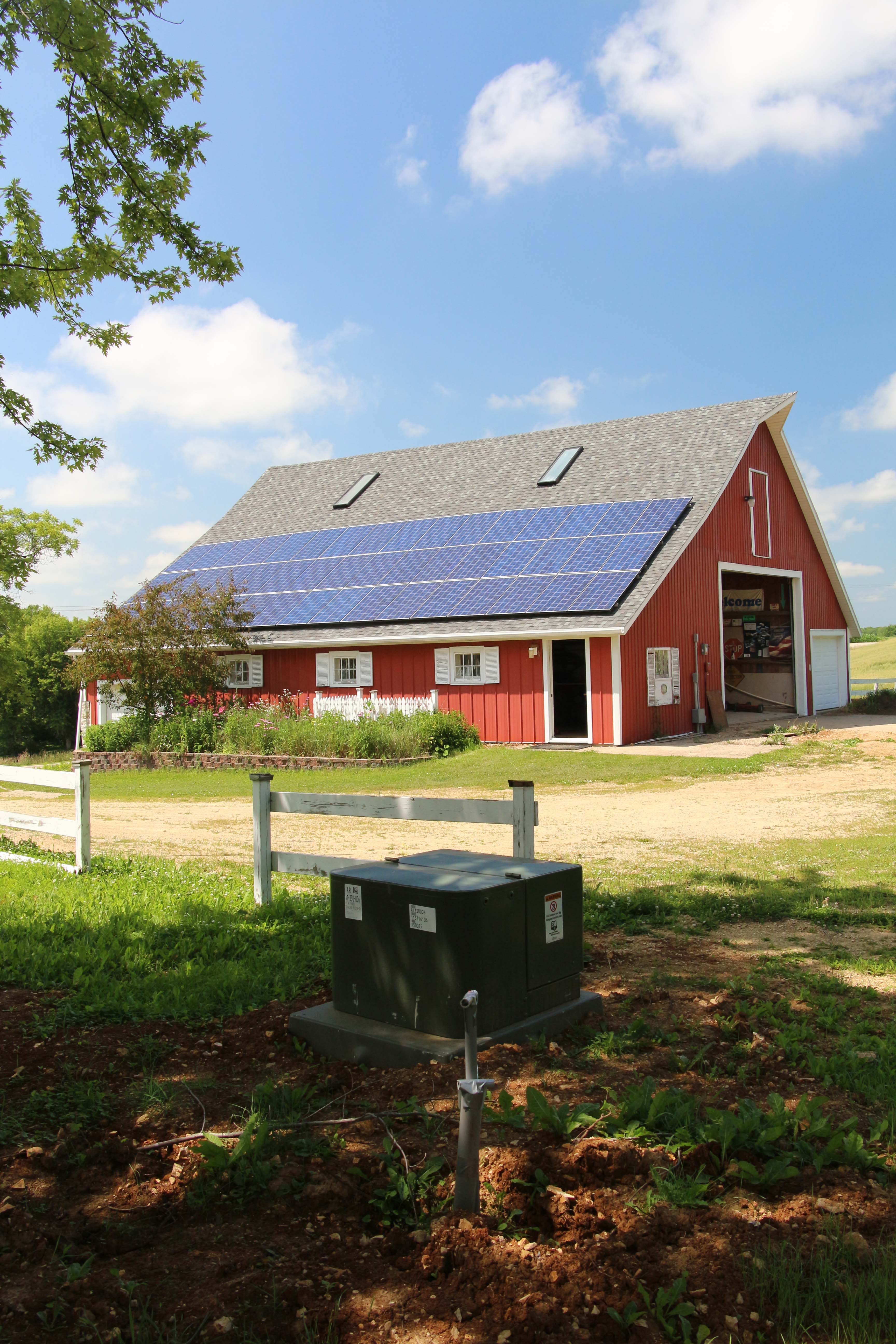